After making the words most unique gin – Morality Amber Gin – we combined it with our tonic water and a dash of Elderflower.

The taste was amazing and we decided to share a pre-made gin favourite that is actually drinkable by gin and non-ginn lovers alike.

Moral of the Story was born and Black Horse Distillery started mixing it in Kegs, so today we have it available in 10, 20, 30 and 50litre Kegs. 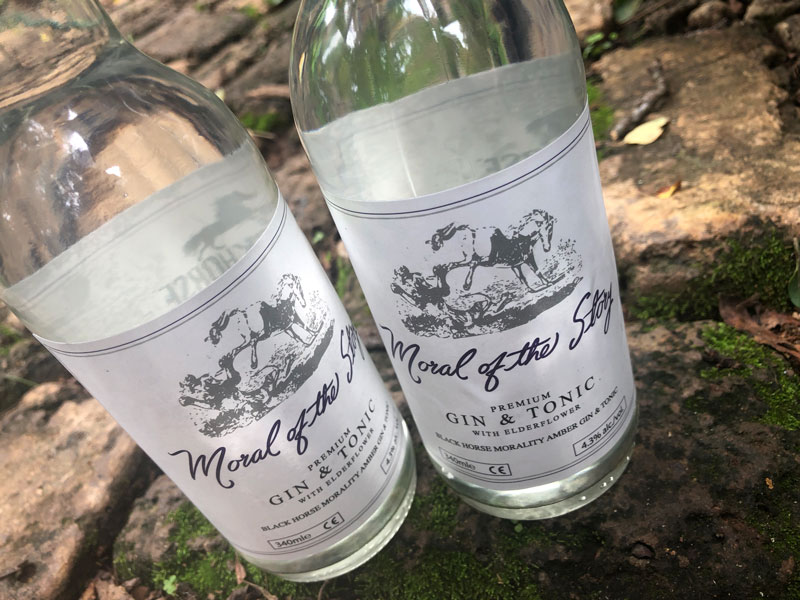 Why moral of the story? Seeing that our Gin is called morality we went out to find an interesting fable that has a moral twist on the story. We found a great fable by  Aesop called the Lion and the Horse and you will notice the picture is of a horse kicking a Lion, pretty appropriate as we are Black Horse 😉

Those who are ignorant of their craft will give themselves away, as the following fable shows.

A mighty lion saw a horse grazing in a field. In order to sneakily deceive the horse, the lion approached him in a friendly fashion and said he was a doctor. The horse suspected a trick, but he did not reject the lion’s claims. When the lion drew closer, the horse quickly thought up an escape. He pretended that he had a splinter in his hoof, so he lifted up his foot and said, ‘Help me, brother; I am so glad you are here! Save me from the splinter that I have stepped on.’ The lion approached with feigned deference, concealing his true intentions, whereupon the horse suddenly kicked the lion in the face. Down fell the deadly foe! The lion lay there on the ground for quite a while and when he came to, he saw that the horse was gone and he realized that his head and face and whole body had been wounded. ‘It serves me right for approaching the horse in a gentle and friendly way,’ said the lion. ‘I came to him in the guise of a doctor but I should have approached him like an enemy, as I always did before!’ 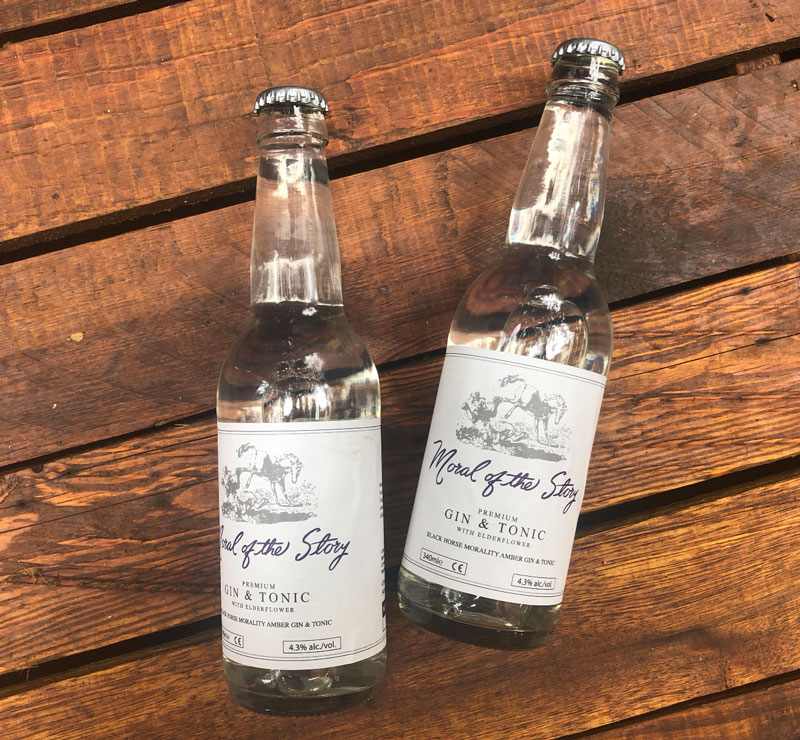 Let the audience pay close attention: be yourself and don’t pretend to be someone you’re not.

Moral of the Story Gin & Tonic is now available at selected liquor stores, online at Black Horse Distillery and at Black Horse Country Estate in Magaliesburg.

Thank you for visiting the Black Horse distillery blog section. Here we will post interesting articles and information on new- or product changes.